What are you looking for?
Home - Wellness and CBD - What is CBGA and what are its benefits?

What is CBGA and what are its benefits?

Hemp has been widely used since its legalisation in many countries, due to its many benefits. Some of its extracts such as CBD are well known to the general public, especially in the form of CBD flowers and CBD oils. However, there are other extracts that provide different benefits and are capable of enhancing well-being. One of the lesser known cannabis extracts is CBGA, although its effects on the body are prodigious.

So what is CBGA and what are its benefits?

What is the CBGA?

CBGA is a cannabigerolic acid, one of the many cannabinoids present in the hemp plant. It is, however, one of the rarest, as it is present in very limited quantities. However, CBGA plays an essential role for the cannabis plant: it is a secondary metabolite.

CBGA protects the cannabis plant by necrosing superfluous leaves in a targeted way, in order to regulate the size of the plant. In this way, all the necessary energy can be directed towards the flowers and the production of resin and seeds.

Commonly referred to as the "mother of all cannabinoids", CBGA is responsible for the creation of other, more well-known cannabinoids. It is one of the first molecules present in the cannabis plant. It is at the very beginning of a molecular reaction, called biosynthesis, which will produce the three main cannabinoids as the plant matures:

Once the process is complete, almost all of thecannabigerolic acid has been converted, and only a small amount remains in the plant.

Cannabinoids are first present in the plant as an acid, indicated by the letter A. Upon exposure to heat or ultraviolet light, decarboxylation occurs, and the carboxyl group disappears from each molecule.

Thus, CBDA is converted into CBD, THCA into THC, and CBNA into CBN. CBGA, which is not converted upstream, becomes mostly CBD and THC, but also converts to a small amount of CBG, also called cannabigerol. CBG is therefore a minor cannabinoid compared to THC and CBD, generally representing less than 1% of the final weight of the plant.

Theextraction of CBG requires a different and particularly expensive process to isolate and purify CBG without the need for large quantities of hemp. This makes it difficult to obtain much of it, which makes it a rare ingredient.

In order to maximise CBG harvesting and minimise costs, botanists are developing hemp strains with a higher CBG concentration, some reaching 100% CBG composition. Another method used is to harvest the hemp earlier in its growth cycle, so as to optimise CBGextraction. What are the effects of CBGA?

CBGA acts on the human body by activating receptors of the endocannabinoid system. This biological system naturally present in the human body is composed of receptors. They can only be activated in the presence of certain molecules: cannabinoids, to produce specific effects on the body.

Studies have shown that CBGA, when converted to CBG, binds to CB1 receptors. These act directly on the brain and central nervous system. However, CBGA does not have a psychoactive effect.Cannabigerolic acid also binds to CB2 receptors, which are involved in the immune and gastrointestinal systems.

On the other hand, CBGA inhibits the production of COX-1 and COX-2 enzymes as well as prostaglandin, giving it analgesic and anti-inflammatory effects. Although more research is needed oncannabigerolic acid, the effects and benefits of CBGA on the human body have already been proven.

The medical benefits of CBGA

Through its action on the endocannabinoid system, CBGA has effects on the human body. Scientists have therefore conducted studies to assess the benefits of CBGA and its potential therapeutic effects.

Early research has shown that CBGA can have real therapeutic benefits, with beneficial effects on a variety of health problems and diseases. CBGA could be an ally in the fight against colorectal cancer. As explained above,canabigerolic acid has a cytotoxic role for the cannabis plant, causing the death of superfluous leaves that prevent the proper development of flowers.

In scientific research on rats, it was found that CBGA could have similar effects on colon cancer cells.

Indeed, in studies conducted, CBGA not only destroyed colon cancer cells but also accelerated the death of these cells and blocked their development cycle. Further research is needed to confirm the effects of CBGA on colon cancer, but the benefits appear to be significant.

Thus, CBGA is believed to be able to precisely target cancer cells in the colon without attacking healthy cells, but also to stop the growth and proliferation of polyps. If left untreated, polyps can develop into a malignant form, carcinomas.

CBGA could thus prove useful in the prevention and treatment of malignant tumours, particularly in the case of colorectal cancer.

A scientific in vitro study was conducted in 2018 on a cannabis strain with a high concentration of CBGA, and published in the magazine Filoterapia. The tests in this study showed that CBGA acts as an inhibitor of the enzyme aldose reductase, with a dose-dependent inhibition power

The enzyme aldose reductase is largely responsible for the production of oxidative stress, causing cardiovascular disease and other problems, particularly in people with diabetes.

By preventing the production of the enzyme that causes oxidative stress, CBGA could enable the manufacture of alcose reductase inhibitors, and thus prevent the onset of complications in diabetic patients.

CBGA would therefore have significant health benefits for people with diabetes, in particular avoiding cardiovascular disease.

A computer simulation in 2019 revealed the effects of CBGA on metabolism, and its ability to increase metabolism. CBGA stimulates lipid metabolism and prevents excessive lipid accumulation by activating PPAR (peroxisome proliferator receptors ).

These receptors are responsible for regulating metabolism, but can lead to diseases such as diabetes, excess cholesterol or triglycerides if they malfunction. By activating PPAR receptors, CBGA compensates for the dysfunction and regulates the storage of fat tissue.

If the effects of CBGA are confirmed by in vitro studies, it could be of great help to people with metabolic disorders.

CBD is widely used to alleviate epileptic seizures, notably in drugs such as Epidiolex. But the choice of CBD over another cannabinoid is more a matter of consensus than of real medical certainty, in the absence of extensive studies.

Australian researchers therefore conducted a study in 2021 to compare the effects of CBGA, CBD, CBG, and CBGV on seizures. The results of this study indicate that CBGA is much more effective than CBD or any other cannabinoid in combating epileptic seizures, particularly in children.

Researchers are conducting extensive studies to capitalise on the benefits of CBGA and produce a drug that effectively combats epileptic seizures in children. 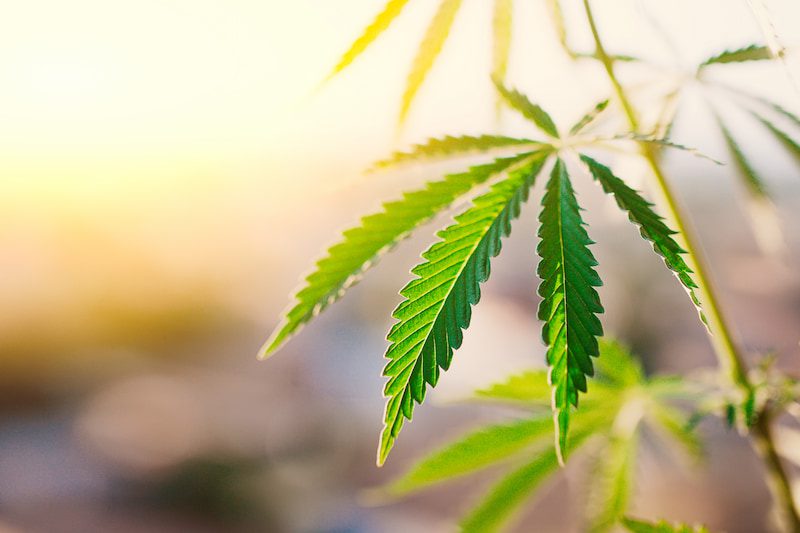 What are the side effects of CBGA?

Early studies and research on CBGA profile many health benefits as well as effective effects in the fight against certain diseases.

However, we are far from knowing all the effects of CBGA on the human body. CBGA does not seem to have any specific side effects. But further scientific research is still needed to confirm the benefits of CBGA and to ensure the absence of potential side effects. How to measure CBD crystals? 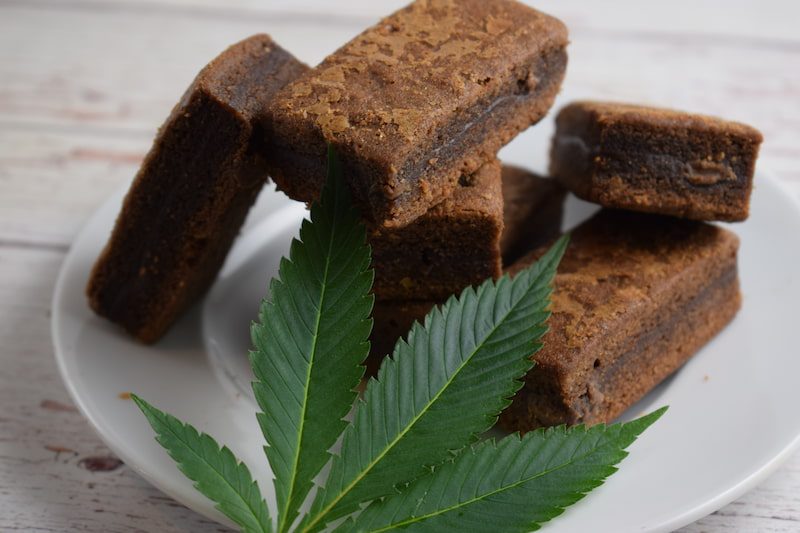 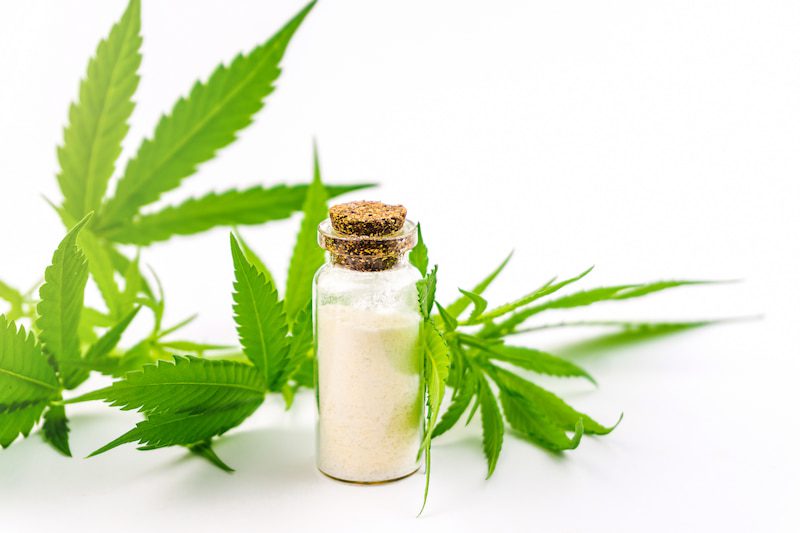 CBD crystals: how to choose them?